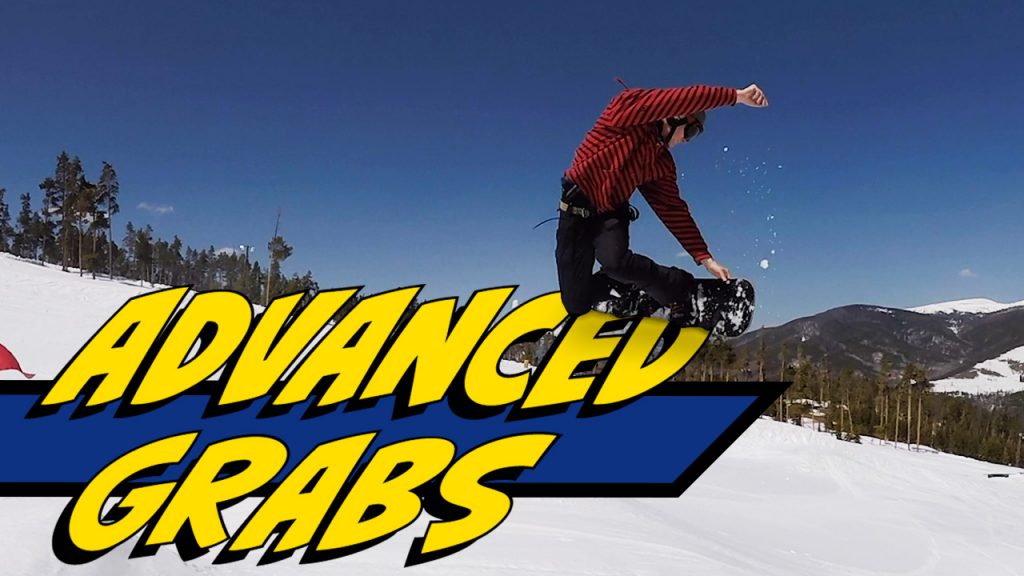 How to Nose Grab, Tail Grab, Japan Air and Method On A Snowboard

Once you get into the basic grabs on a snowboard, it’s time to step up your game.

The more grabs you have in your bag of tricks, the more you can pick the right grab for that new spin you’re learning, express yourself off that side hit, or pick  out the perfect grab for the occasion.

While I consider indy, mute, melon and stalefish to be the basic grabs, I think a nose grab, tail grab, method and japan are a little harder, mostly because they’re harder to reach.

Today, we’re going to cover the next step up in snowboard grabs

How to Nose Grab on a Snowboard

One of the cool things about different grabs is they can help you learn other tricks. A backside 360 tail grab and a backside 3 mute feel totally different.

A frontside 7 melon grab and a fs 7 tail are two different tricks, and depending on YOU, one of them might work better for you than another.

And if you’re not ready for spins, don’t worry, learning new grabs is just downright fun.

First up we have the nosegrab. I think this is easier than a tail grab because the shape of the jump helps you to bring the grab up to your hand, and it’s easy to land tail first.

The key here is to keep your shoulders in line with your board, reaching sideways for your nose rather than turning and bending forward.

Bend your front knee deeply to bring your nose up to your face and push down your bag leg once you get a hold of the nose. Hold on tight and float this one the whole way to the landing.

I like nosegrabs for cab 9’s and backside 7s as they help spin faster. You can also use them when you don’t know what’s in the landing, as you can lay down your tail to absorb whatever you’re landing on.

How to Tail Grab on a Snowboard

Next we have the tailgrab, which is one of my favorites with a frontside 360. Tailgrabs can be tweaked frontside or backside just like an indy grab. Just be sure not to grab tindy or talefish. Aim for the center of the tail even if you don’t hit it every time.

Tail Grabs are great for frontside 7’s, and fs 3 and backside 3’s as they keep you on the proper axis to land.

How to Japan Grab on a Snowboard

Next we have the japan grab, which is a bit of a novelty. Usually used as a backside air, or with a backside 180, in recent years it’s become popular with the backside 720, and even seen in the olympics by Sage Kotsenberg with huge spins.

The key here is to reach down and grab for mute first, near the front foot inside the binding, with your arm outside the knee.

Once you get a hold of the board, you can bring the board vertical, with the tail pointing towards the ground, and pull back like a method by bending your knees. This is one of the more advanced grabs that exists, and not for those who haven’t learned the basics. It’s also pretty rare to see.

How to Method Grab on a Snowboard 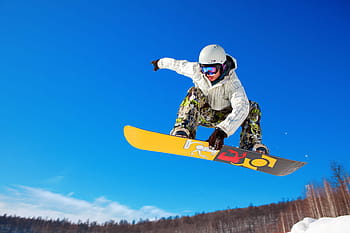 Lastly we have the method grab, which is like a melon grab, pulled backwards and tweaked backside. This trick is usually done as a straight air, and not usually done with spins, although it can be done.

To perform the method, ollie up off the jump, level out and then tweak your board up and kick out your back foot, turning backside towards the landing. Let go, let your body unwind, extend your legs and bring down the landing gear.

For a full length training on the method, the most iconic grab in snowboarding, check out the method grab training in Shred School.

Method grabs and Japan airs are great for the backside wall of a halfpipe or a backside hip.

That’s it, the level up from the basic grabs. We’ve got the nose grab, tail grab, japan air and method grab.

Pop off the jump, level out in the air and then go for the grab, don’t rush it.

Remember that nose and tail grabs can help you get your spins around, and the japan and method air are usually, but not always done as straight airs, as they’re hard enough without any spins involved.

Go try these advanced grabs, and let us know which is your favorite.

How to Strap Into A Snowboard – The Right Way

Watch The Video How to Strap Into A Snowboard – The Right Way https://youtu.be/UzcjS6AakzQ Introduction 50% Off Online Snowboard School: https://www.edshreds.com/school  Whattup Shredder? Don't make 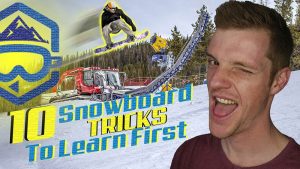 Watch The Video 10 Beginner Snowboard Tricks To Learn First Introduction 50% Off Online Snowboard School: https://www.edshreds.com/school What up shredder! Snowboarding is arguably the funnest 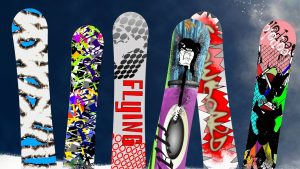 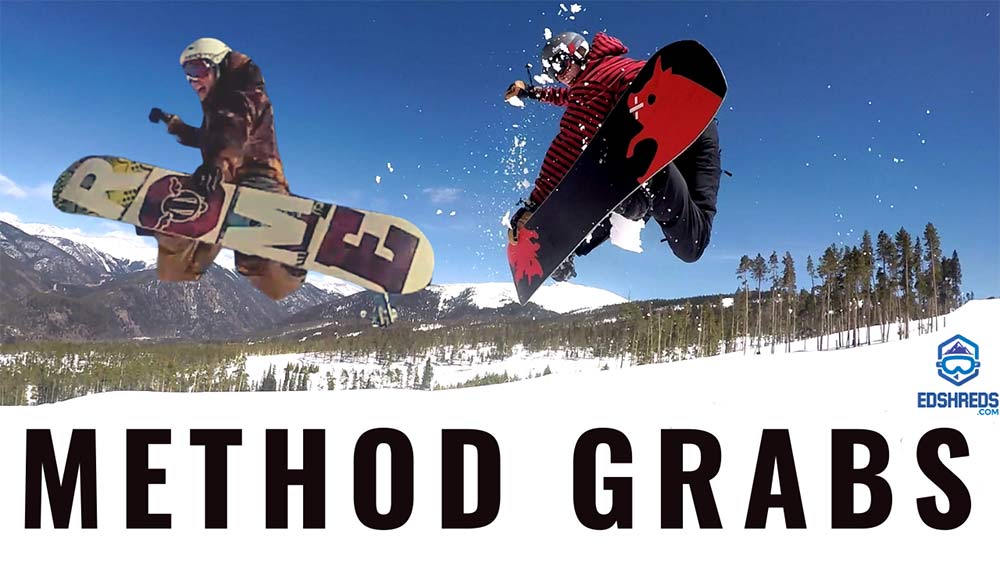 Learn How To Method Grab (The RIGHT Way) On A Snowboard

In this trick tip tutorial I'm going to show you the step by step guide to learn how to method grab on a snowboard. This is one of the best feelings on a snowboard, and the calling card of the professional. What style of method do you have?

What up shredder. Today we're going to talk about the one trick that separates you for being a total newb and being able to shred. This is the trick that lets you know how good a rider is just by this one grab. It's the most talked about trick when it comes to style. The trick I'm talking about is a method

Let's talk about where this trick came from. Dave Andrecht originally did method airs on a skateboard in order to get himself to go higher in the vert ramp. The phrase method was actually coined by a guy named Neil Blender who learned backside airs by grabbing in front of his foot but soon realized that the proper method, hence the name was to go behind your foot on the back heel edge of your skateboard.

There's a big debate in the industry about who has the best method in snowboarding. Maybe you think that Terje Hakkonsen has the best method or Jamie Lynn, Gigi Ruff, Shawn White. He does them gigantic in the halfpipe, Pat Moore, Craig Kelly, Nicholas Mueller. The names go on and on. Okay?

There's a lot of great methods out there, but a lot of people worship another man's method and you know what I say?

Why don't you worship your own method?

It's your time to go out there and crank one out and feel like a God among men on your snowboard. So stop wondering about whose method is the best and work on your own method. Okay, so there's a couple of tricks that you want to know before you learn a method grab. The first one is the all you, which is the foundation of most snowboard tricks. Then you might want to learn tail drags with a little shifty.

Backside shifty is in the air. You want to learn a melon grab, which is grabbing with your front hand on the heel edge of your snowboard in between your bindings and you can start to tweak that out.

And then you might also want to learn a backside 180.

If you don't know whata method is, it's a combination between a melon grab and a backside shifty, but that doesn't do it justice, okay?

Because a method is unlike anything else in snowboarding, what you want to do is only off the job level yourself out first and then kick your back leg out in. Grab the heel edge of your snowboard.
Now I like to kick my back leg higher than my front leg.

So the snowboard is actually pointing towards the ground. You're going to keep your shoulders straight going off the jump, and then you're going to shifting the lower half of your body.

This requires a lot of twisting in your body, so I recommend you stretch before you crank out a huge method. The mistake I see a lot of beginners making or even experienced riders who don't have a proper method is they kick out their back leg as soon as they take off.

You're never going to be able to go huge with the method. If you watch pros do gigantic methods, they always level out first and then tweak the method.

So the hardest part about a method is tweaking the snowboard and then coming back around to regular. If you're not used to that, it's going to be pretty strange. So I like to drift my methods to the left a little bit or do them on a backside, hip or backside air. Because when you tweet that method backside, it's going to set you up to land.

I also go slightly on the heel edge for methods or flat base where almost every other trick, except for a frontside spin, I'm going to go off my toes. So I go, I like to go a little on my heel edge just to overcompensate for that tweak.

Now what features can you do? Methods, you can do it on sidehits. You can do methods on hips, on side, hips on the run. You can do backside airs and the halfpipe.

You can do methods off a roller. Okay, and let's talk about some variations. You can grab a method directly between your bindings. Now, most snowboard grads, you don't want to grab outside your bindings, but a method is one exception. So you can grab a method on your heel edge in front of your front binding to get a greater tweak on it. I like to grab mine outside the binding.

You'll see only grab, I'm going to do outside the binding. No, just make sure if you do this that you don't grab your heel. Okay. You can also do methods with a backside 180.

You generally don't spin with methods so you're not. You're not going to do like a fs 540 method, although you could and sometimes people can do them and make them look cool.

Now the time has come. There's an ongoing battle between Ben and I over who has the best method.

As always, if you want more, go to ed shreds.com sign up for our newsletter.

Where you going to get the best tricks before anyone else does. Subscribe to the channel. Share it with your friends, your family, and go out there. Learn to method and respect your method. Stop worshiping another man's method. Go out there, learn to crank out your own method.

That's all for now.

How to Choose the Right Snowboard Bindings

Watch The Video How to Choose the Right Bindings for Snowboarding https://youtu.be/BagR-SQ9fKs Introduction 50% Off Online Snowboard School: https://www.edshreds.com/school  Whattup Shredder? If you are new 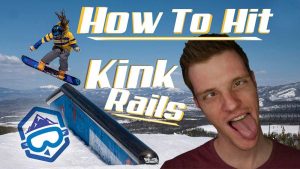 How to Hit Kink Rails on a Snowboard

Watch The Video How to Hit Kink Rails a Snowboard Introduction 50% Off Online Snowboard School: https://www.edshreds.com/school  What up shredder?  It’s (Christian) from Shred School. 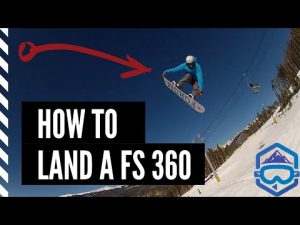 Trick Tip: How To Land a Frontside 360 On A Snowboard

Watch The Video How to 360 On A Snowboard Summary 60% Off Online Snowboard School: https://www.edshreds.com/school What up shredder? Do you want to learn how 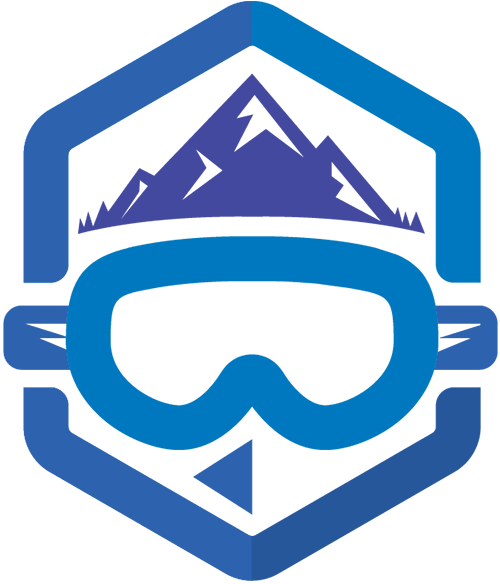