Have you ever been getting ready to go out and shred and your buddy starts bragging about his epic freeride adventure, the OFF trail ride he won't shut up about?

Well in this video we are going to go over some of the obvious and some of the unexpected differences between setting up your snowboard for a park vs freeride snowboarding.

How to set up your snowboard for park vs. freeriding 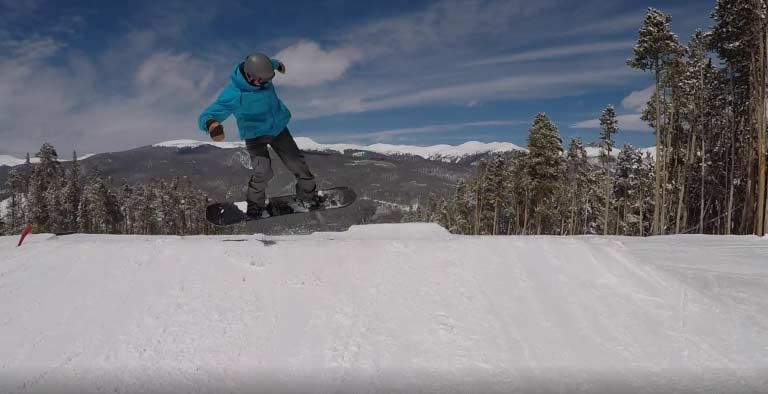 Christian: (00:00)
What a shredder did you know that you can repurpose your snowboard? So the weather you're shredding the park or jumping off big cliffs, you actually don't even need to change out your deck today. We're going to talk about how to set up your snowboard park versus free ride. But first, if you want to make sure you never miss a video, go ahead, subscribe to and hitting those patients right now. Let's get into it. Alright. We are back. No, for years, I would just ride my board in a park stance centered stance. Twin tip in. I would go off for a pounding with my friends and wonder why I'm Rachael and over and over again, I didn't know. There was an easier way to think that you might have had a similar experience this year where a little bonding adjustment made a big difference. So tell us about that.

Ben: (00:47)
A lot of people run into the same issue when they kind of take their park set up into the back country. And just like Kristen said, you ended up, you end up going over the nose Tomahawk thing and you just can't seem to figure it out. Why? So we're going to show you how to set up your board. So you're not just in that park stance when you're freeriding the whole mountains.

Christian: (01:04)
Yes. Let's jump on this board is an older destroyer. We can go hit big jumps with this, or we can jump off cliffs with our friends on a pouting. Where are we gonna do differently depending on what we're writing. So this word is already

Ben: (01:16)
Referenced. Add a little bit of a directional stance. So this one would be almost a story of how do we make this one win for the park. Cool. Right. So, uh, on the top of the board here, you can see, uh, you always hear me talking about the reference points. They call it out with this channel system right here, and they'll actually give you how far back, uh, the stance is set. So you can see it's only a 0.4 of an inch setback. And then it'll also show you how wide it references at 21. So since we're already set back a little bit, what we're going to do is bring it up just one notch on these trees, and then that's going to center your stance. So each one of these little ticks is about a half inch. Uh, with this channel system, you have the complete freedom to move anywhere you want, along the cyst, along the mounting hardware. So again, the reference points set back just a little bit. We want to take this into the park. We're just pumping up one notch. So we're centering that stance.

How to set up your snowboard for park

Christian: (02:10)
Okay. So let's back up a little bit. So the reference stands, what you're saying is it's set setback, which means if you don't, that means we're going to have a longer nose than a tail of this, which is better for free writing. So for free writing, we'll do a little bit shorter of a tail and a longer nose is going to give us more stability, a little more of a floaty snowboard. Now, once we get into the park, we're going to center it up so that if we're riding switch half the time we're doing one eighties, five 49 hundreds, we have kind of an even snowboard, right? So you're saying this, this word sentence, a free ride issue board will automatically point us towards the stance. It's a little more setback. That's going to be better for free riding. Once they get into the park, we're going to move to the North of the reference towards the note. Is that right?

Ben: (02:51)
That way, you're just giving yourself equal parts, nose, and tail to make everything feel really comfortable as you're like you said, doing those one eighties up to nine hundreds and riding away, switch feeling natural.

Christian: (03:00)
Yeah. Is there anything else we're going to do? Let's say I'm out on the super deep pouty and I'm just looking at my bindings. Should I change the angles? Set it back even more than reference or anything like that.

Ben: (03:09)
Yeah. So for those really deep days, you can see, you have quite a bit of freedom to move this binding back beyond that reference point. So anytime you're giving yourself increased nos, it's going to kind of put your weight set back and bring that nose up and out of the snow a little bit more. So for those deep days, when you're really just looking to get out there and CARF and enjoy it, set your stance back for, up for a more free ride oriented stance.

Christian: (03:32)
Nice. And then one more thing is maybe this stance width. So we've got where it is on the board. How far we sit back, um, direction of the bindings and the width.

How to set up your snowboard for freeride

Ben: (03:42)
Yeah. It's for up for a free ride day. If you are just heading one direction, you can kind of take some of that angle off your back foot. For me personally, I don't really ever go to like zero or anything like that, but I might bring it back to like a negative six from a negative 12 for a deep powder deck. Yeah.

Christian: (03:57)
So if your quads burning out there on a powder and you just can't keep that lose up, set down, stands back, Libya, you know, bring in the back foot a little more towards zero, and then I'm going to even take the front without a couple degrees on that one. Yeah. Yeah. You can turn it into love, open those shoulders up, put it back towards the tail and go flip from pal. And then when you're ready to step back in the park spring days, let's bring it back to center stance, equal tip and tail. And, uh, again, I might ride like even 15 negative 15. If all I'm doing is riding rails and park.

Christian: (04:31)
Go out there, figure out what you're going to ride. Then set your bindings. Any last words of wisdom for the people out there

Ben: (04:38)
And go out there, have fun. If you notice yourself rag wrangling over and over on a deep powder days. Just remember what we said during that stance back a little bit, try and focus on keeping that tail down as you land to keep the nose cleaned up right away.

What Makes A Good Snowboard for The Park? 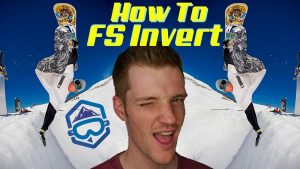 How to FS Handplant or Frontside Invert on a Snowboard

Watch The Video How to do a FS Handplant on a Snowboard Introduction 50% Off Online Snowboard School: https://www.edshreds.com/school  What up shredder…  One reason I 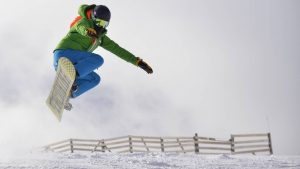